Hyderabad: The Film Nagar – Kotha Cheruvu stretch is no longer a winding road near Ramanaidu studio, but a road that gives those traveling the stretch a cinematic feel.

The sculptures, which left many guessing as they were veiled all these days, are the brainchild of the Urban Biodiversity wing of the Greater Hyderabad Municipal Corporation.

“As Film Nagar and its surroundings are home to many people working in the film industry, we selected cinema as the theme and developed the central median,” a GHMC official said.

One of the sculptures in the central reservation is inspired by the bronze sculptures in Leicester Square in London. It depicts various silver screen icons and has the character of Don Lockwood from the 1952 musical “Singin’ in the Rain”. Another is a replica of the “De Vaartkapoen” sculpture from Belgium, depicting a policeman being tripped by a man hidden in a sewer.

Another artwork is apparently inspired by “The Mark of Zorro” which had a famous sword duel between Diego and Captain Esteban. The fourth represents a reel, a film camera and a clapperboard, capturing the essence of Film Nagar. 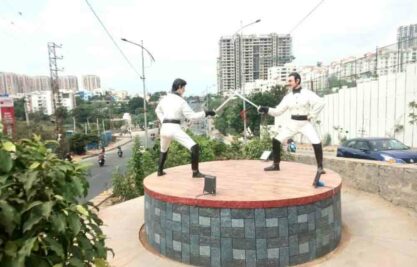 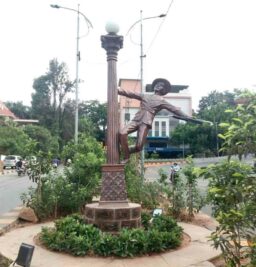 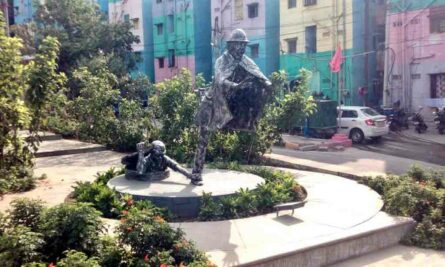