More than 100 events, including art fairs, auctions and exhibitions, will be held until November 14. Around 150 galleries, designer brands and art institutions from home and abroad will display works worth a total of around 12 billion yuan ($1.66 billion). . 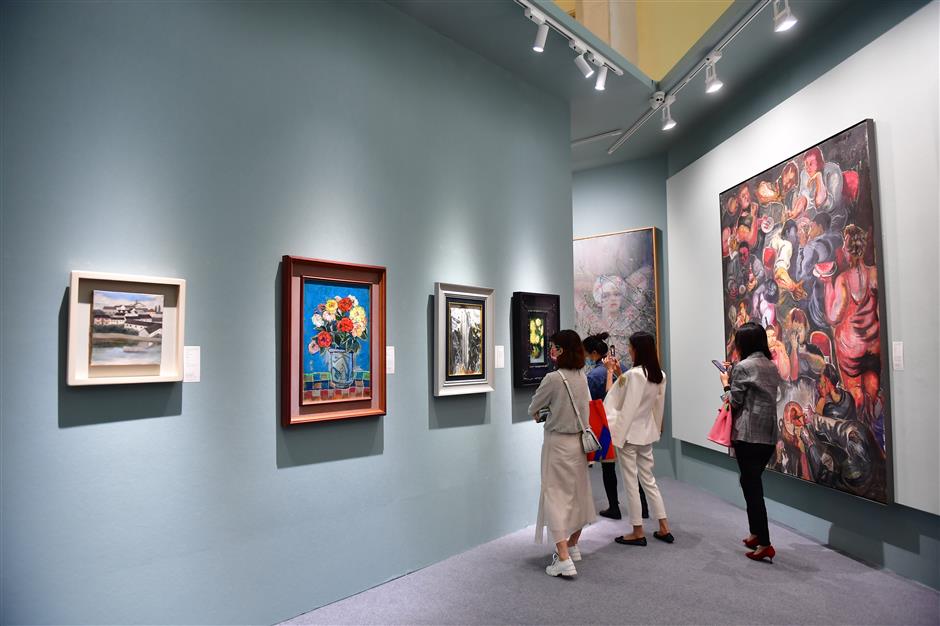 Among the highlights of the week are the two fairs: ART021 and West Bund Art & Design. Both will run until November 13.

Over the decade, the fair has provided a global communication and trade platform for galleries, museums, art institutions and collectors. 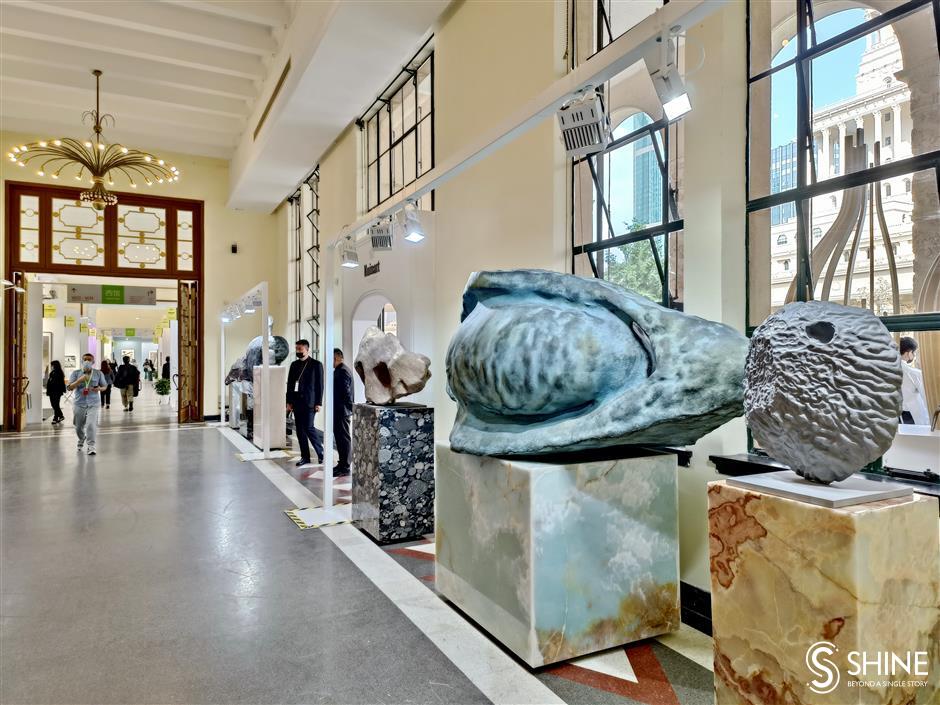 Nearly 10,000 masterpieces of contemporary art are exhibited at ART021.

This year, nearly 10,000 contemporary art masterpieces are on display to accelerate the establishment of a scaled art industry, cementing Shanghai’s status as an international center of commerce. art.

In addition to top-notch galleries, the fair also offers extensive support and opportunities for emerging exhibitors and young galleries from around the world.

Fair organizers noted that they have discovered a large number of young artists and nurtured many young collectors in China over the years. Many up-and-coming artists have gained international fame through this platform. Art that knows no borders has become a way for China to interact with the world.

A work of art presented by Line Gallery.

“Actually, I witnessed the enormous development of the fair as I have been going there every year since its first edition,” said a Line Gallery employee surnamed Wu.

He recalled that ten years ago the fair only attracted around 20 exhibitors at a time when art was not so accessible to ordinary people. But in recent years, the fair has flourished with more than 130 exhibitors, and China’s art industry is booming.

This year, Line Gallery brought some paintings with distinctive elements of Chinese culture and customs.

“Domestic buyers account for a large proportion,” Wu noted. “Last year, we had quite a good performance in trade, with total sales of more than 10 million yuan.” 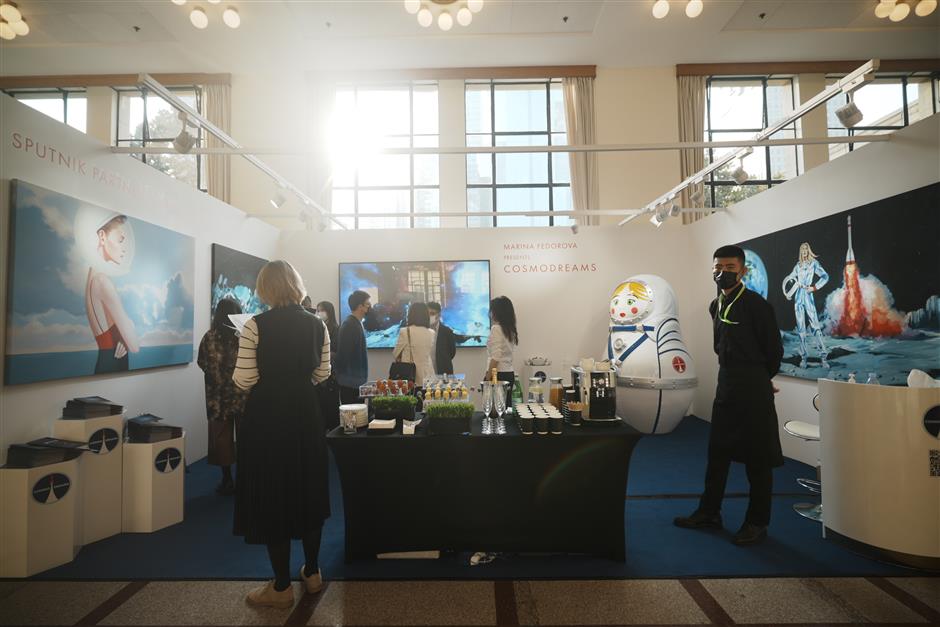 Sputnik Partners has teamed up with contemporary Russian artist Marina Fedorova to exhibit six works from her “Cosmodreams” series. The company is pleased to present this artistic project at ART021, which it describes as one of the most dynamic, visionary and irreplaceable art fairs in Asia.

Augmented Reality and Virtual Reality technologies are applied in the project to invite viewers to enter a digital and imaginative world related to the ideas of Fedorova’s paintings through mobile phones and VR glasses.

The artist believes that art and culture can transcend the limits of time and space and inspire generations of people. 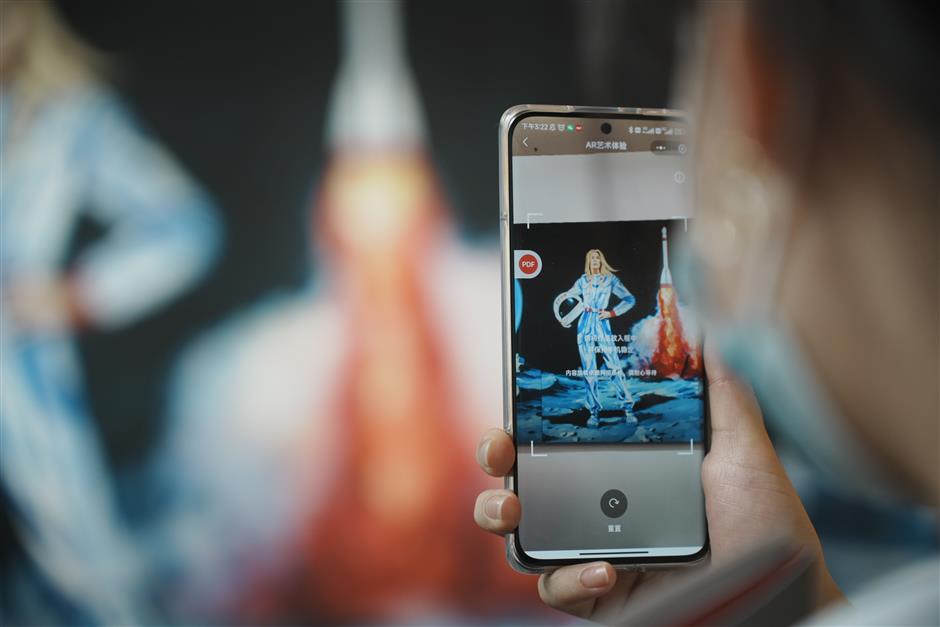 Fedorova started creating the “Cosmodreams” in 2017, aiming to provide viewers with a special immersive artistic experience with various approaches. The series provides insight into modern life and culture and reflects the artist’s thoughts on technological progress, life on earth, and the growing role of women in many fields.

One of her paintings, titled “Alice”, pays homage to Valentina Tereshkova, a former Soviet cosmonaut and the first woman to fly in space. The artist’s personal exhibition will take place in Shanghai next year.

The 9th West Bund Art & Design, another flagship event of the week, hosts more than 100 top galleries and art institutions from 43 cities in 19 countries. Artists from around the world exhibit their recent works, including paintings, installations and digital artworks.

The fair has also opened an online exhibition section for international viewers. Artists will also participate in series forums to discuss topics of art, design, and city life.